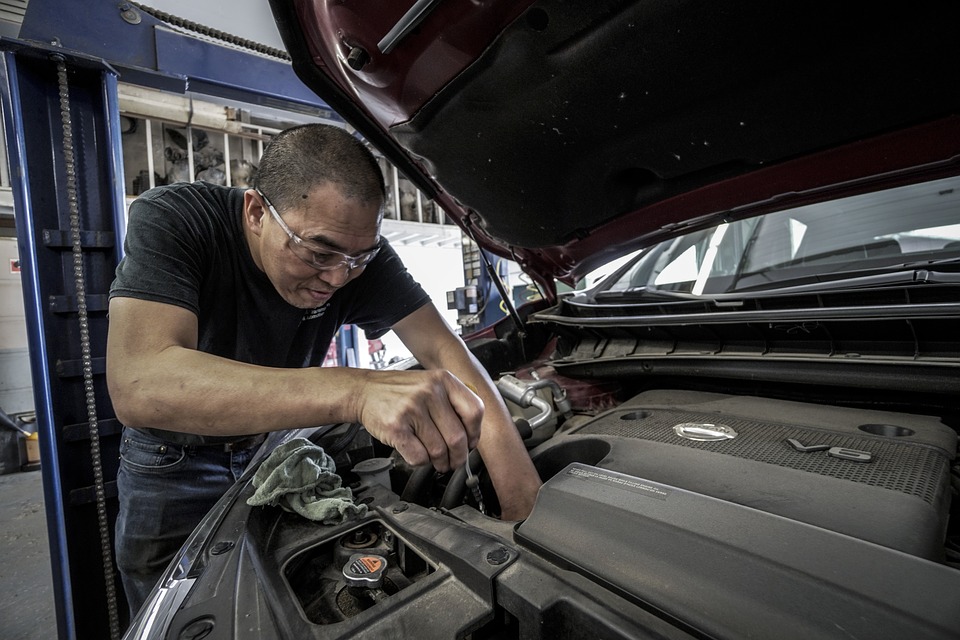 If your car's thermostat is stuck open, the engine won't be able to warm up. Therefore, you can diagnose this problem by monitoring the temperature gauge on your car's dashboard. If it remains at the very bottom, suggesting the engine is cool, after idling or driving for five or 10 minutes, the thermostat is probably stuck open.

You can usually tell if your thermostat is stuck closed by monitoring the engine temperature gauge on your car's dashboard. If you see the needle rising past the halfway mark or into the red zone, it means your engine overheating, which could be the result of a thermostat that's stuck closed.

A lesser-known way in which thermostats fail is the jiggle pin becomes clogged. Assuming your thermostat has a jiggle pin, it could become clogged with gasket material or debris. With the jiggle pin clogged, air may become trapped between your car's radiator and the engine. The jiggle pin prevents this from happening by allowing air to push its way past the thermostat. If the jiggle pin is clogged, though, it won't be able to vent trapped air, which could result in an inefficient cooling system.

How Often Do Thermostats Fail?

Consisting of just metal, rubber and a large spring, thermostats are relatively simple in design, so they aren't prone to premature failure. Nonetheless, thermostats can and do fail. Some thermostats last longer than others, but you can typically expect about 10 years or 100,000 miles out of a thermostats before it fails.