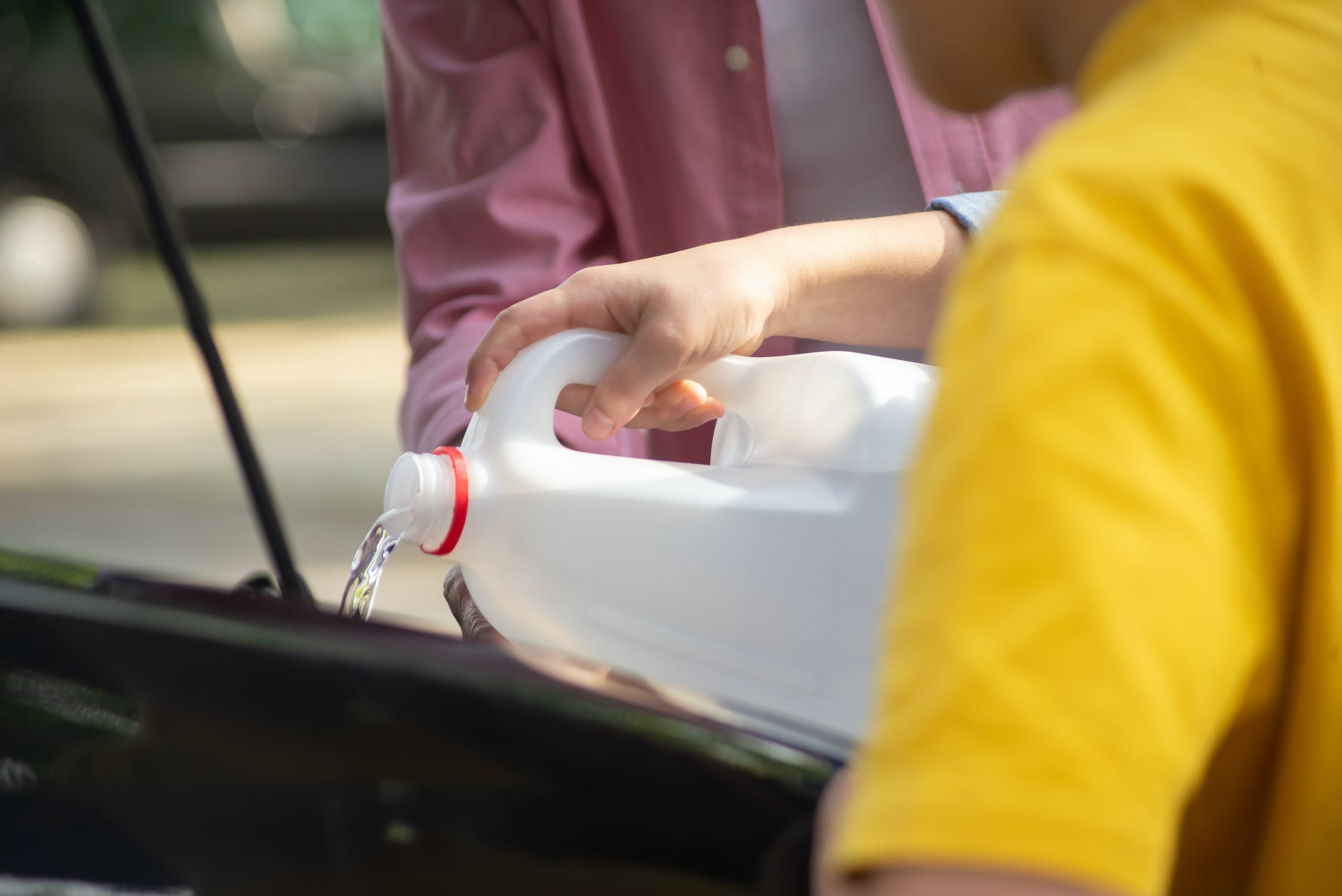 When the engine thermostat gauge begins to rise, you'll need to immediately pull over and turn off your vehicle. It only takes a few minutes of overheating to cause severe damage. Of course, a rising engine thermostat gauge typically indicates low coolant levels. If there's plenty of coolant in the radiator, it should remove heat from the engine. Little or no coolant, on the other hand, will result in warmer engine temperatures.

If you don't have any coolant on hand, you might be wondering whether it's okay to use water instead. While filling the radiator will water may sound harmless, it can pose several problems.

Water has a lower boiling point than coolant. The boiling point for water is 212 degrees Fahrenheit, compared to roughly 260 degrees Fahrenheit for pressurized coolant. As a result, water may instantly vaporize when poured into the radiator. It will essentially turn to steam upon meeting the surface internal surfaces of your vehicle's engine. And once the water has turned steam, it will no longer be able to cool your vehicle's engine.

If you're stranded on the side of the road with an overheated engine, using water is better than nothing. You can wait until the engine has completely cooled down -- never open a hot or even warm radiator -- and then you can fill it with water. It should provide enough cooling power to get to a local mechanic However, you shouldn't leave the water in your vehicle's radiator and cooling system. You'll need to get it flushed and replaced with actual coolant.

When filling your radiator with any fluids, may sure to use a funnel.