If you drive a car that was manufactured after 1990, it probably features an anti-lock braking systems (ABS). Also known as an anti-skid braking system, it's a common safety feature found in modern-day vehicles. But unless you're familiar with auto mechanics, you might be wondering how they work and why they are needed.

An ABS is a safety feature that allows the wheels on a vehicle to "grip" the road while braking, which in turn prevents the wheels from locking up and the vehicle from skidding. Without ABS, vehicles may skid uncontrollably when sudden pressure is placed on the brakes. If you turn a corner, only to encounter a stopped car, you'll have to press your brakes fast and hard to prevent a collision. Well, ABS is designed to allow this type of quick-thinking braking while keeping you in control of your vehicle.

There are several benefits associated with an ABS system, one of which is improved vehicle control. Without ABS, vehicles are more likely to skid when the brakes are pressed suddenly. Furthermore, it decreases stopping distances on both dry and slippery surfaces. As such, safety experts have cited ABS systems for saving countless lives.

It's important to note, however, that an ABS can increase braking distance. This is somewhat of a trade-off, as an ABS improved steering control and traction, but at the cost of increased braking distances.

While there are many types of ABS, most work in a similar manner. They consist of a central electronic control unit (ECU), four speed sensors attached to the wheels, and two more hydraulic valves with brake hydraulics. The ECU works by monitoring the rotational speed as each wheel turns. If the ECU detects a wheel rotating slower than the others, it triggers the valves to reduce pressure to the braking system at the affected wheel. This in turn reduces the braking force on the wheel, allowing the other wheels to "catch up."

Depending on the ABS, it may apply or release pressure on the brakes once every 15 seconds. This makes the wheels virtually impossible to lock, even in stressful situations when braking is applied heavily and/or quickly.

Drivers should have their cars' ABS inspected on a regular basis to ensure they are functional. If the ABS malfunctions, the driver may fail to notice it until he or she must smash the brake pedal to prevent a collision. Regular inspections, however, can identify problems with the ABS before they cause or contribute to a collision. 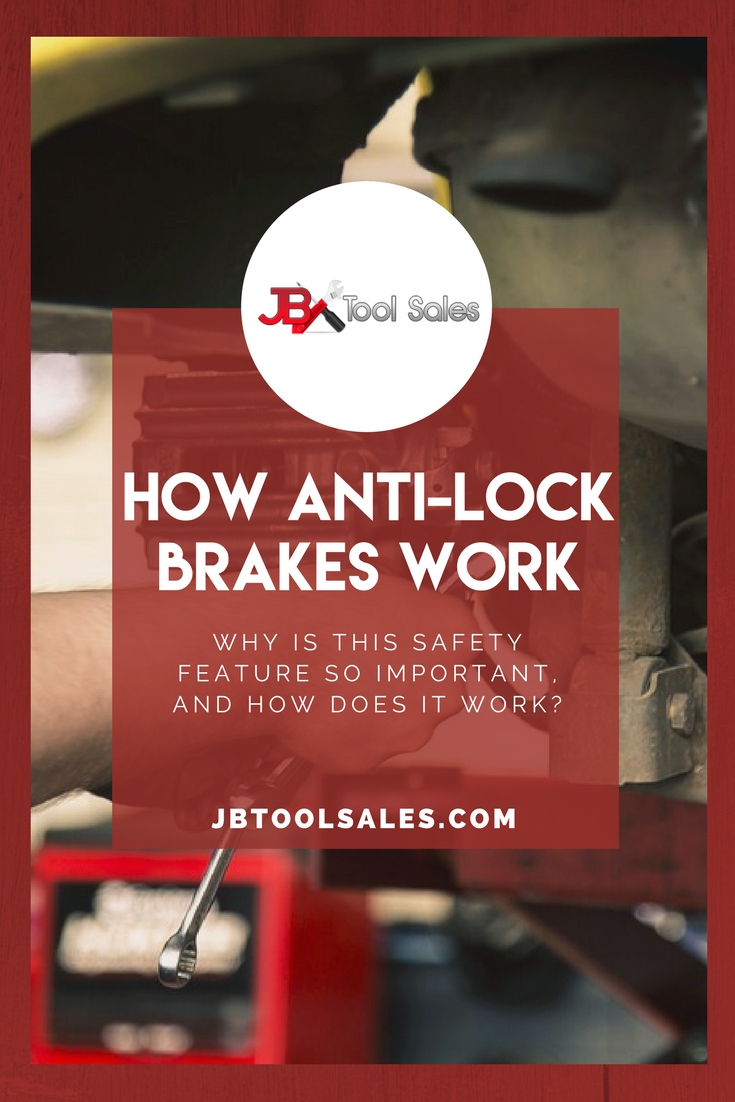