When to Replace the Timing Belt

Replacing the timing belt or chain is a regular form of maintenance for many cars and automobiles. Also known as the cambelt, it's designed to synchronize the camshaft and crankshaft, allowing the engine's valve to open and close at the right times. Considering that the average cost of replacing the timing belt costs $500 to $1,000, though, many drivers neglect this routine maintenance procedure, only to discover bigger problems later down the road. So, how do you know if your car needs a new timing belt?

One all-too-common symptom of a failing timing belt is engine misfires. When the timing belt slips, the valves will open at the wrong times, thereby resulting in a misfire from the respective cylinder. And if your car has interference engine, this may cause substantial internal damage. To prevent this from happening, replace your timing belt immediately if you experience engine misfires or other signs of a failing belt. Allowing these symptoms to go unnoticed could result in serious damage to your engine.

A lesser-known symptom of a failing timing belt is increased production of exhaust fumes. All cars with a combustion gas engine produce exhaust fumes. When the timing belt begins to fail, however, a car may produce more fumes. With your car running, observe the exhaust pipe to see how much fumes are coming out. If your car is leaving a trail of heavy fumes in its wake, it might be time to replace the timing belt.

Of course, the easiest way to determine when your car needs a new timing belt is to check your car owner's manual. Depending on your car's make, model and year, you may need to replace it every 60,000 to 110,000 miles. Allowing it to go longer than 110,000 miles increases the risk of severe damage to your engine.

These are just a few signs that your car needs a new timing belt. Unfortunately, replacing the timing belt isn't as easy as changing the engine oil. While plenty of drivers perform the replacement themselves, it requires a bit of automotive knowledge. So, if you aren't comfortable replacing your car's timing belt, take to a professional mechanic. 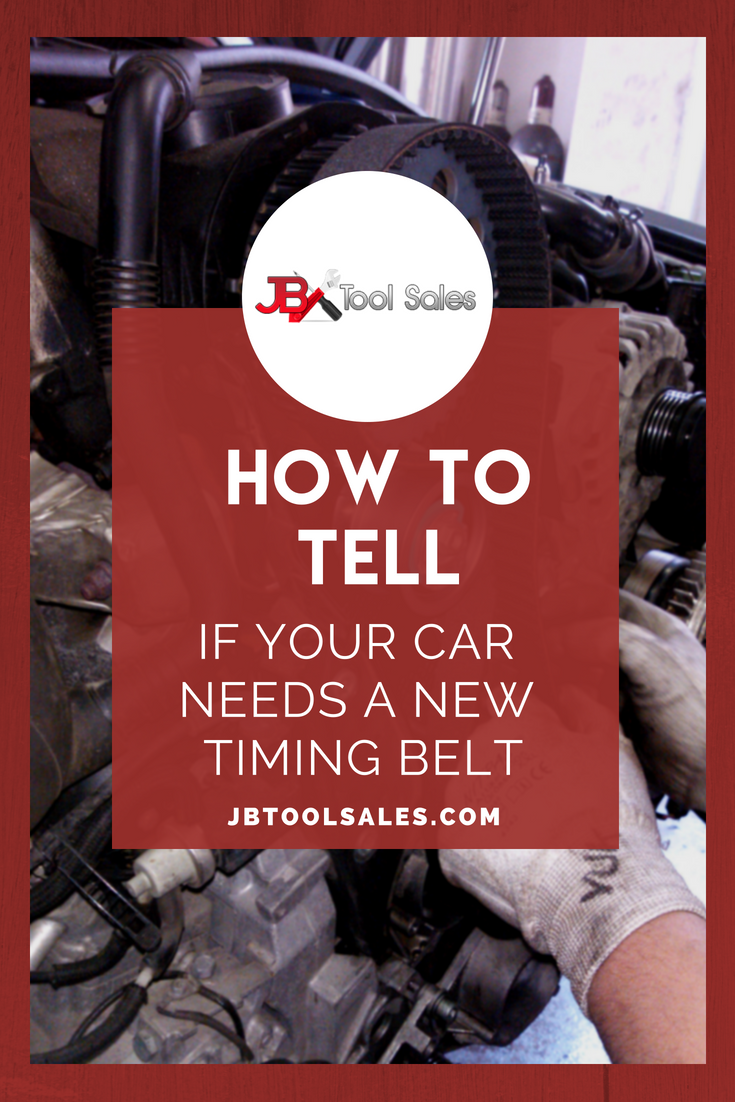