A car alternator functions as part of a vehicle’s charging system. It works alongside the battery and voltage regulator, producing electricity for your interior and exterior lights as well as the dashboard. A serpentine belt, also known as a drive belt, enables the car’s alternator to function as it drives the alternator allowing it to charge the battery once you turn the ignition and the engine is running.

The car alternator can last for many years without manifesting any issues but when symptoms begin to occur, car owners may need to perform an alternator test for proper diagnostics, repair and replacement.

Regardless of the underlying problems or common issues, you will most likely recognize these symptoms whenever your alternator begins to malfunction:

How to Test Car Alternator

Testing your car alternator doesn’t necessitate the use of expensive instruments. What’s more important is the use of the right alternator tester and the application of proper procedures. These procedures usually require the use of a voltmeter or multimeter, specialty tools that are every effective and affordable but tools nonetheless differ in one fundamental way.

The voltmeter measures voltage while the multimeter, as its name suggests, measures several aspects of your vehicle’s system including voltage, resistance and current.

Using a Voltmeter to Test Your Alternator

A voltmeter is not difficult to use. If you are unfamiliar with this auto tool or perhaps are uncertain as to how it functions, follow the instructions provided below.

However, if the voltage decreases, especially during testing when you turn on lights, radio or AC, this suggests you may need to proceed with alternator repair or complete replacement of the alternator.

Using a Multimeter to Test Your Alternator

The multimeter allows technicians and car owners to perform much more detailed testing than the voltmeter. For example, in addition to performing a voltage test, you may also check the battery circuit using the OHMS mode. However, the most effective and basic test is the voltage test which may be done using either an analog or digital multimeter based on the instructions below.

If the volts drop during this test, it simply means that your alternator is not performing its main function which is to charge the battery and provide power to your car’s electrical systems. Once you’ve established this problem, you may need to use more comprehensive tools like the alternator test bench to verify the exact issue causing your alternator to malfunction. You will then be able to decide whether to replace or repair it. 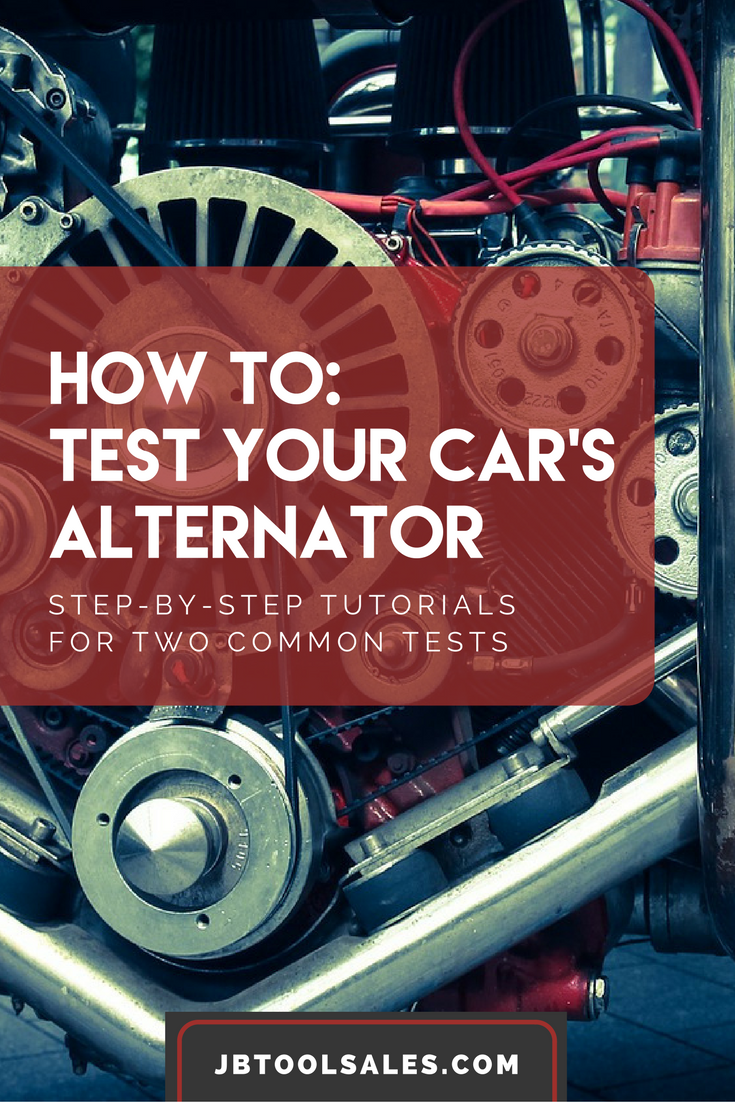