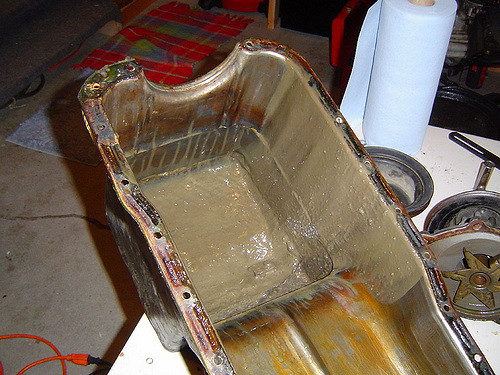 Does your car have a dented oil pan? If so, you aren't alone. This is an all-too-common problem encountered by drivers. Because the oil pan typically rests underneath the engine, driving over potholes or debris in the road can damage it. Normally, damage occurs in the form of a dent rather than a complete breakage. You may notice one side caved in a few inches, for instance. So, will a dented oil pan affected your car's performance, and should you get it fixed?

Overview of the Oil Pain

To better answer this question, you must first understand the function of the oil pan. As the name implies, the oil pan is a large pan (see above) that's used to store oil when the engine is off. When you turn on your car, oil is pumped from the pan into the crankcase. And when you turn it off, the oil flows back down into the pan.

Normally, automotive oil pans are made of steel or similar heavy-duty metals. This is important because a breach in the pan can spill out most of the engine oil, restricting your car's engine of this otherwise vital fluid. Without oil, serious engine damage may occur, such as thrown rod.

Even if your oil pan is only dented and not breached, though, you should still fix it. First, knocking a dent into your oil pan may cause the gasket to leak. If you hit a speed bump or road debris fast enough, the force could dent the oil pan, knocking it loose from the gasket just enough to cause a small leak.

Second, a dented oil pan may restrict the amount of oil your engine receives. If the dent is located near the pickup -- the pipe that transfers oil between the engine and the pan -- your engine may struggle to receive oil.

If your oil pan is dented, you should replace it to protect against potentially catastrophic engine damage. This typically involves removing the existing oil pan and gasket and replacing it with a new pan and gasket. Assuming the bolts used on your current oil pan aren't worn, you should be able to reuse them. While buying a new oil pan and gasket costs money, you have to think about the protection it offers. If you throw a rod from oil starvation, you might have a $3,000 repair bill. 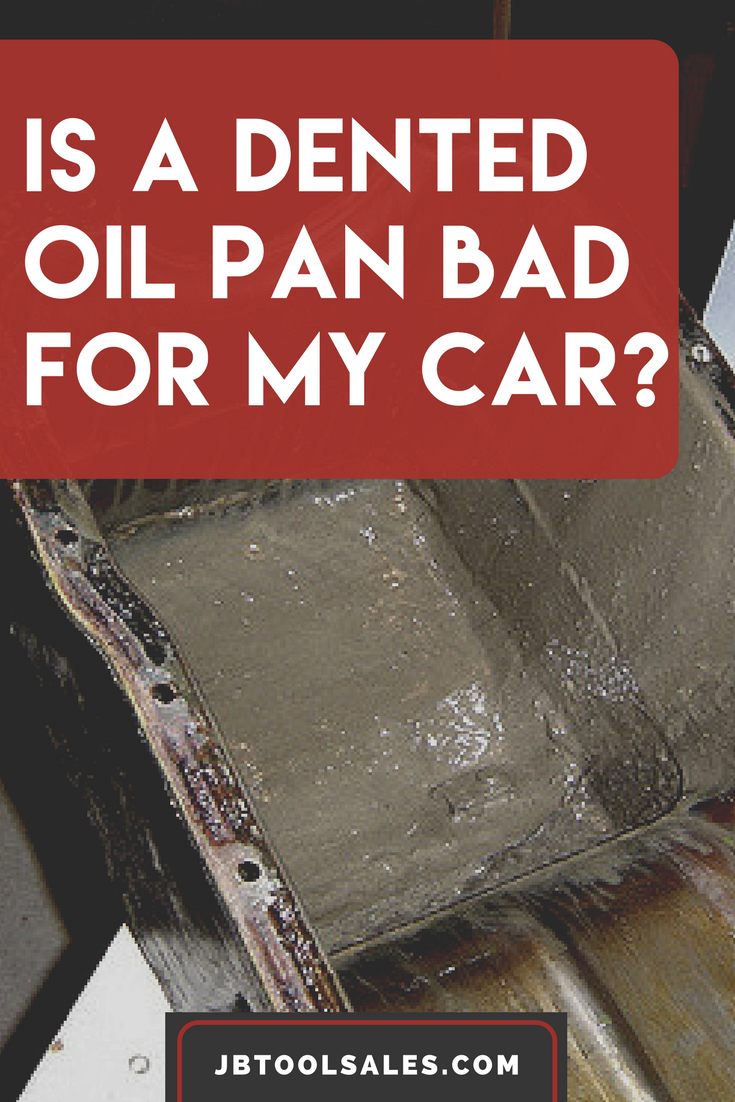