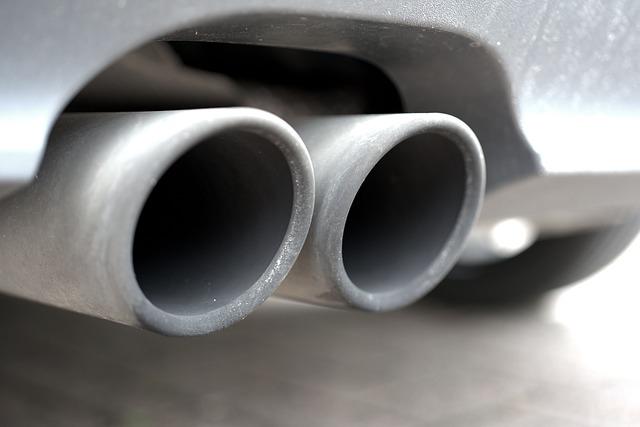 A muffler is a sound-dampening device. Internal combustion engines (ICEs) are quite powerful. As a result, they produce a lot of noise during use. Your vehicle's engine will produce noise as it burns gas and air. The muffler's job is to suppress this noise to provide a quieter driving experience.

What is a Catalytic Converter?

A catalytic converter is an exhaust system component that's designed to create cleaner exhaust gases. It will convert the harmful byproduct gases into less-harmful gases. When exhaust gases initially leave the engine, they consist of harmful byproduct gases. The catalytic converter will convert them into less-harmful gases so that they don't harm the environment.

It's known as a "catalytic converter" because it leverages a "catalyst" to perform this conversion. The catalyst typically consists of either platinum or palladium, which is coated over a honeycomb structure. When exposed to the catalyst, exhaust gases like carbon monoxide will be converted into carbon dioxide, nitrogen or even oxygen.

Differences Between Mufflers and Catalytic Converters

While they are both exhaust system components, mufflers and catalytic converters aren't the same. Mufflers are designed to dampen the noise of exhaust systems by reducing the pressure of exhaust gases. Catalytic converters, on the other hand, are designed to convert harmful byproduct gases into less-harmful byproduct gases via a catalyst.