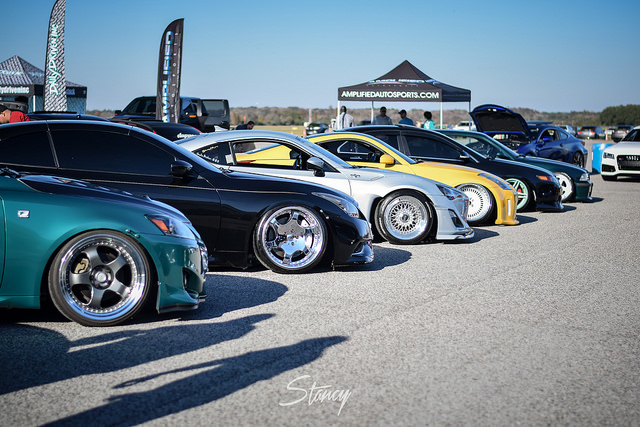 Lowering a car's suspension is one of the most popular auto modifications performed by drivers. Whether you live on the east coast, west coast or somewhere in between, you've probably seen a lowered car before. It's often done for either cosmetic and/or functional purposes, adding a unique element to the car. But like most auto modifications, there are both advantages and disadvantages to having your car lowered

Pros of Lowering Your Car

Let's go ahead and discuss the single most common reason why drivers decide to lower their car: the look. Lowered cars look sleek and stylish, which is often the driving force behind this modification. There are even auto shows designed specifically for lowered cars and trucks, allowing drivers to strut their ride in front of crowds and judges.

But lowering a car isn't always done for aesthetic purposes, such as its ability to improve the vehicle's aerodynamics. By lowering a car's suspension closer to the ground, more air goes over the top rather than under it. This is the same principle behind stock car racing, as stock cars sit very low to the ground to reduce wind resistance and improve aerodynamics.

When compared to standard automobiles, lowered cars offer greater traction and handling. Again, this all goes back to the fact that lowered cars sit closer to the ground; thus, drivers get improved response times.

A lesser-known benefit of having your car lowered is the reduced risk of a rollover. Conventional wisdom should lead you to believe that a car is less likely to rollover when it sits low the ground. Tractor trailors have a high risk of rollover simply because they sit high up.t

Cons of Lowering Your Car

Of course, there are some potential disadvantages to having your car lowered, including the increased risk of bottoming out. If you only drive on flat, even roads, this shouldn't be a problem. However, you're bound to encounter an uneven road at some point in time, at which point you may bottom out in a lowered car. This is particularly true when driving over speed bumps or pot holes, so use caution and avoid them when possible.

Lowering your car may also create uneven tire wear. You may notice the tread on your rear tires wearing faster than your front tires, for instance, forcing you to spend additional time and money on maintenance (e.g. rotating and balancing).

What are your thoughts on lowered cars? Love 'em or hate 'em? 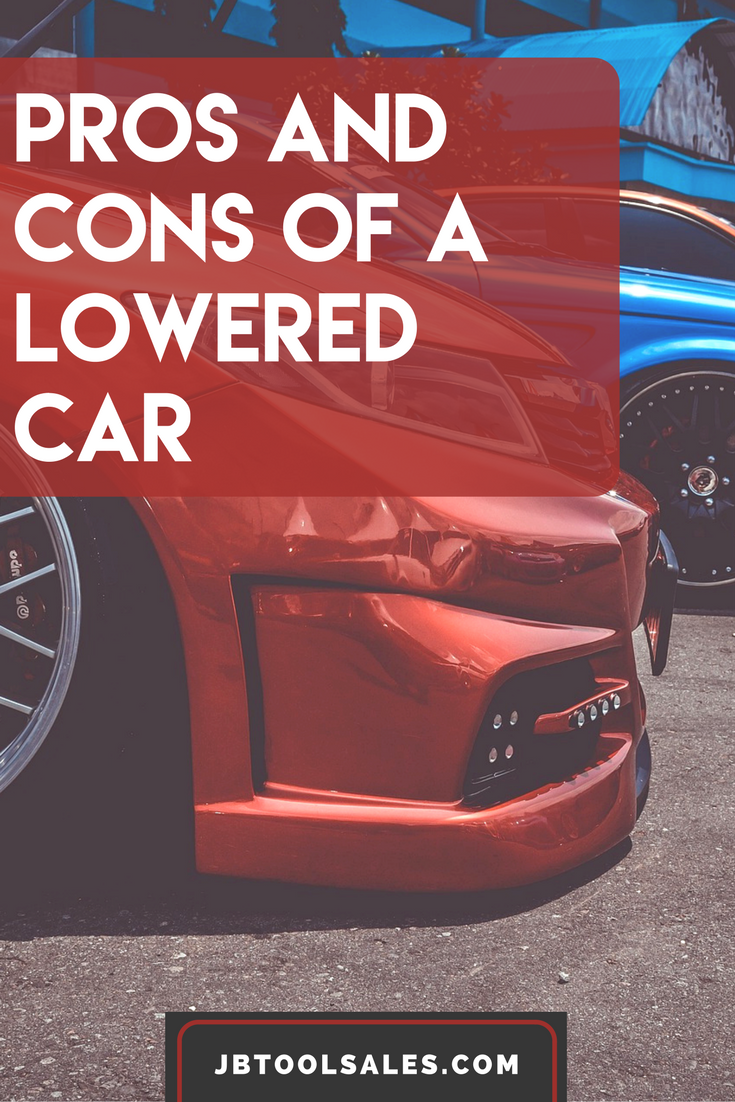