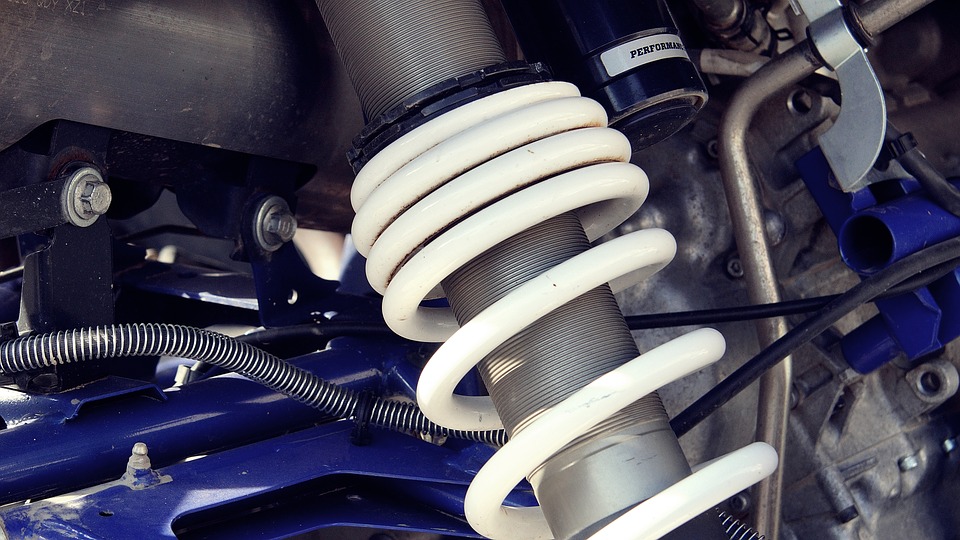 Automotive suspension systems typically use either shocks or struts. While similar in appearance, though, shocks aren't the same as struts. Each suspension type uses a different mechanism to achieve their goals. Whether you're buying a vehicle or looking to modify your current vehicle, you should familiarize yourself with the differences between shocks and struts.

Shocks, also known as shock absorbers, are a type of suspension component that uses hydraulic fluid to minimize a vehicle's rebound movement or bounce. Each wheel is connected to a single shock. When driving over a bump or hill, the shocks absorb kinetic energy. The movement of the vehicle forces the hydraulic fluid into and throughout the piston, which subsequently slows down the shocks.

If a vehicle doesn't use shocks, it probably uses struts. Nearly all four-wheel-drive vehicles use struts. You can also find them countless rear-wheel drive vehicles. Like shocks, struts are designed to absorb kinetic energy to create a smoother ride when driving over bumps and hills. Unlike shocks, however, they are also designed to increase the vehicle's structural stability.

Another key difference between shocks and struts is that the latter doesn't require the use of upper-control arms. If a vehicle uses shocks, it must have upper-control arms as well as ball joints. Struts eliminate the need for these suspension components, making them ideal for otherwise small vehicles with tight clearances around the wheels.

It's important to note that shocks and struts aren't interchangeable. If your vehicle currently shocks, you can't swap them out for struts. Conversely, you can't swap out struts for shocks. Therefore, you'll need to check and see which type of suspension your vehicle if you're planning to replace them.