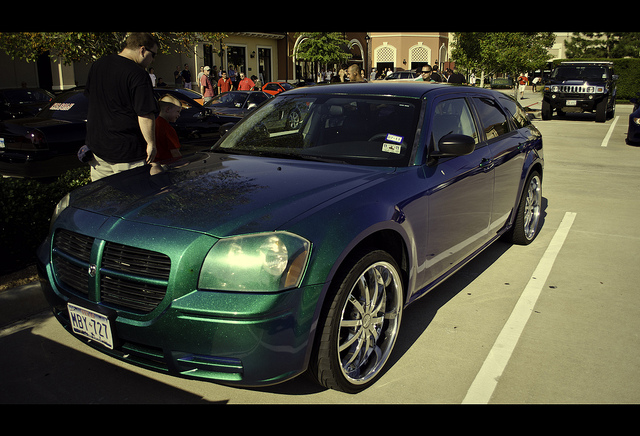 Edmunds.com has released its list of the top 10 most sought-after cars among millennials, and the results are somewhat surprising.

Millennials can be described as adults between the ages of 18-34. It's estimated that more than one third of the entire American workforce consists of millennials, which is more than Generation X. These millennials often take a budget-conscious approach to car buying, placing an emphasis on value over style. So, what did Edmunds.com find in its poll?

The single most popular used car among the ever-growing demographic is the Dodge Magnum, receiving 27.6% of votes among millennials. Pictured above, the Dodge Magnum is a station wagon-style car that was manufactured up until 2008, at which point it was cancelled. It offers plenty of power, space, comfort, and being that it has the Dodge name you can rest assured knowing it will last. The Dodge Magnum also retains its value more so other cars, which is another reason why so many millennials seek it.

Second on the list is the Chrysler Pacifica. The Pacifica is a crossover SUV that was manufactured from 2003 to 2007. It's available in a 3.5, 3.7, and 3.8-litre engine with either 4 or 6-speed automatic transmission. In addition to its simple yet classic style, the Chrysler Pacifica won the "best pick frontal" award in 2006 by the Insurance Institute for Highway Safety (IIHS) for its exceptional safety rating.

Here's the complete list of popular used cars among millennials, according to Edmunds:

What's driving millennials to purchase these lesser-known cars? According to Jeremy Acevedo, price is a significant factor. Even if a millennial doesn't intend to purchase a Magnum or Pacifica, for instance, he or she may notice the low price when compared to other well-known vehicles, making it a more attractive choice.

"They may not go into the shopping process targeting these lesser-known vehicles, but when they see how their price tags stack up against other, better-known vehicles, they suddenly become a lot more attractive," said Edmunds.com analyst Jeremy Acevedo. "When it comes to used cars, value and utility appear to trump just about anything else for many millennial buyers."