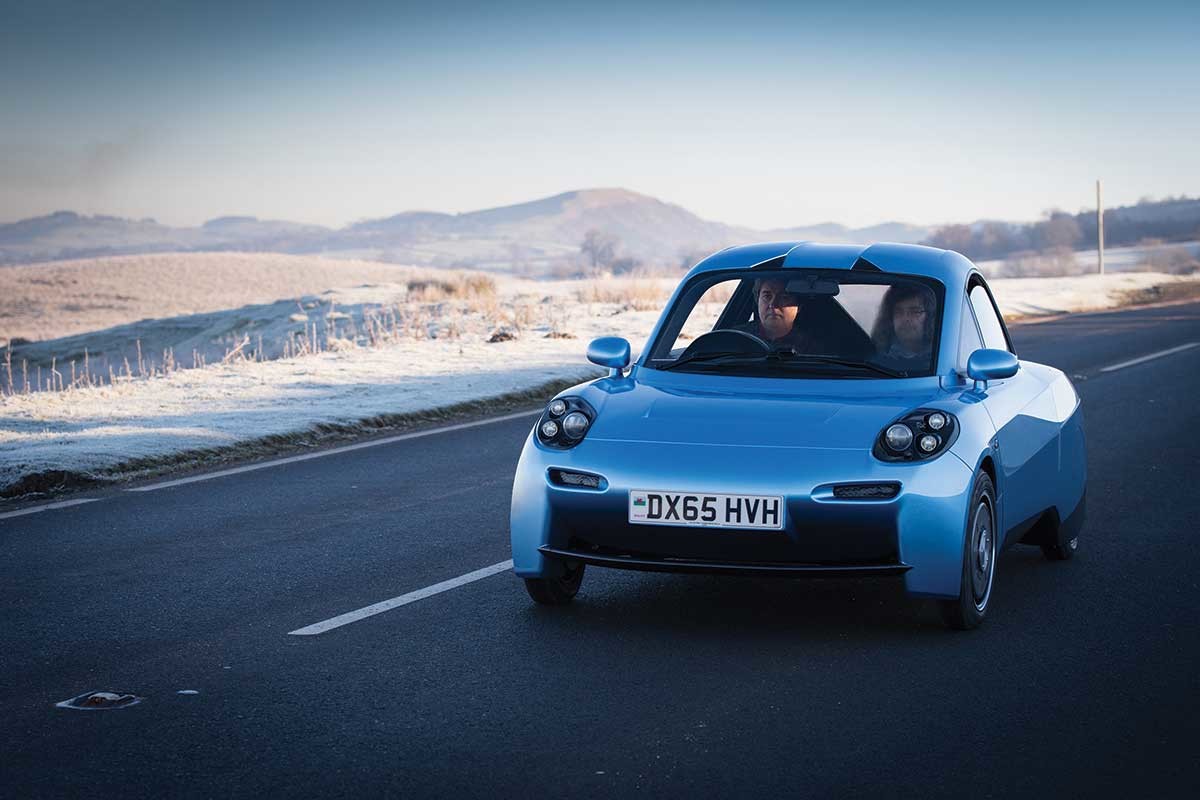 Move over electric and hybrid vehicles; there's a new Eco-friendly car that's edging its way onto the highway.

The U.K.-based automaker Riversimple Movement has announced a new prototype vehicle that runs on hydrogen gas, which is currently being tested on public roads. The bold new prototype is designed with just 18 different moving parts, including a carbon-fiber chassis that weighs just 90 pounds. Of course, the most interesting feature of Riversimple Movement's new vehicle is its use of hydrogen gas.

The automaker claims that its new prototype vehicle is capable of reaching a top speed of 60 miles per hour, with a 300-mile range, all on just 85 ounces of hydrogen gas. Unlike traditional cars that use fuel cells, Riversimple Movement designed the car to feature the fuel cell (hydrogen gas). Subsequently, this makes it ten times more efficient that standard gas-powered cars and trucks.

Engineers admit that they encountered technical problems with getting the prototype to accelerate. The hydrogen gas was enough to sustain its speed but not accelerate. So, the team developed a special "electricity trap" known as a supercapacitor. This device stores energy in the form of electricity, allowing the prototype to achieve short bursts of speed when the driver presses down on the gas pedal. Hydrogen gas stored within the vehicle is constantly being transferred, slowly, to the supercapacitor for this very reason.

There are several key benefits to using hydrogen fuel for automobiles, including greater efficiency and fewer emissions. On the other hand, though, drivers may have trouble finding auto repair and maintenance services. This isn't a problem that's limited strictly to hydrogen automobiles; most electric and hybrid car owners have experienced similar problems.

"The Rasa engineering prototype marks another key milestone in bringing an affordable and highly-efficient hydrogen-powered car to market. We really have started from a clean sheet of paper," said Riversimple Movement founder Hugo Spowers. "The car is simple, light and fun in every respect."

So, when can you can expect to get behind the wheel of the Riversimple Movement's new hydrogen-powered car? Reports indicate that it's currently being tested on public roads, with a projected date of launch being 2018.

What do you think of a hydrogen-powered car?