For the average car driver, the terminology used within the car industry can be equivalent to a foreign language. Your mechanic will sometimes try to break things down for you, but at the end of the day, most people will not have a very good idea of what any of the terminology really means.

In some cases, this is acceptable. After all, there are many areas to maintenance that most car owners will simply never have to worry about handling themselves. But there are some aspects to car maintenance that are within just about anyone’s grasp. Tire changes, windshield wiper changes, windshield wiper fluid -- all of these are simple fixes that every car owner should learn to take care of themselves.

Motor oil, however, is one area that many car owners could take care of themselves, but most choose not to. If, however, you are finally taking the dive into changing out your own oil, you’ll probably get confronted with some uncomfortably complicated numbers, terms and charts. The key to all oil is its viscosity, a scientific concept that you’ll likely want broken down into some more palatable pieces. Hopefully, the next time you look at a fuel oil viscosity chart, you’ll know exactly what the information means.

Viscosity itself is a fairly simple concept to understand: viscosity deals with a fluid’s ability to resist flowing . How does a fluid resist flowing? Think of any fluid you know that flows slowly. What’s the key difference in flow rate between, syrup and water? It’s the stickiness. Syrup is a more viscous fluid than water, and therefore flows much more slowly than water. It resists flowing due to its composition. Fluids with larger molecules in them tend to flow less, particularly when those molecules are highly attracted to each other and bond well. For syrup, it’s the carbohydrates in the form of sugars (fructose, glucose) that bond well and help slow that liquid down. The viscosity of the material also means that it is impacted by heat differently, with higher viscosity equating to more energy input required to make it flow more. Even water flows faster when heat is applied!

When thinking about oil viscosity, it’s good to frame things in these terms. After all, there are reasons why we do not simply use water to help lubricate the parts in our engines. Outside of the potential for rust, water is simply not sticky enough to coat engine parts and keep them from rubbing together so much that they tear themselves to pieces. All mechanical equipment in a car experiences wear and tear through use. Viscous materials, such as engine oil, help slow down that process and extend the life of the car and its parts.

How to Read Viscosity Grades and Interpret “The Donut”

Now that you have had oil viscosity explained in more common terms, it’s time to get into the real nitty gritty. The Society of Automotive Engineers (SAE) created a classification system for oil viscosity that anyone looking to buy engine oil should be aware of. Any fuel oil viscosity chart you see will have an SAE viscosity number. You may see this number presented in one of two ways. For a single-grade oil, the viscosity number will read SAEXX (with XX being the number). For example: SAE30. For multi-grade oils, you will see a format that looks slightly different. It will read something like this: XW-XX. An example of this could be: 5W-40.

When looking at a bottle of engine oil, you may also a circular label shaped like a donut. This donut will have several important features: the SAE viscosity number, the API service rating and any resource or energy conservation notations. The American Petroleum Institute (API) certifies all motor oils sold within the United States.

Each class of oil is assigned a simple code that determines whether or not that oil meets Original Equipment Manufacturer (OEM) guidelines. It’s important to note that there are a fair number of engine oil codes that are obsolete. This means that those engine oils should never be used in newer cars, as they can actually cause damage to the engine. Make sure to familiarize yourself with both the obsolete and current API codes to avoid using an oil that is obsolete and potentially damaging to your engine. The API’s current codes are: SJ, SL, SM and SN.

So what do all of the numbers mean? Let’s take a look. Here’s an example of a common multi-grade oil viscosity found in the middle of the donut:

None of these numbers are intuitive, so let’s break it down just a little bit. The first number here, 10, relates to the viscosity or flow required at a certain temperature. The “W”, which stands for “winter”, means that the oil is rated for winter use. The lower the number is in front of the “W”, the better its performance when starting a car in cold weather. The second number, “40” in this case, indicates the viscosity limit the oil must be at 212 degrees Fahrenheit, which is the average operating temperature of most car engines. This second number has a fixed limit. A lower number indicates thinner, or less viscous oil. Higher numbers indicate more viscosity, therefore, a higher temperature in which they can best operate. A typical gear oil viscosity chart will show the different types of numbers you may find on engine oil labels.

On the outside of the donut, you will find something like this:

When choosing which oil is best , check your manufacturer’s manual.

As stated earlier, multi-grade oils use additives in order to achieve wider viscosity ranges at different temperatures. Most every oil viscosity vs temperature chart will help break down just what those ranges are. Every multi-grade oil will mimic single grade oils in what it can do on both ends of the temperature spectrum. The additives inserted into motor oils, called viscosity improvers, are meant to help the oil expand at warmer temperatures to avoid thinning when heat is added and to keep the oil from becoming unable to pump at lower temperatures. An inability to pump at low temperatures would prevent it from actually helping the engine to start.

There are also a number of additives meant to enhance engine performance and do other beneficial things to the engine:

While additives that enhance the viscosity in engine oil do give the oil a wider operational temperature range, they can also come with some distinct drawbacks. As additives are placed into the oil, the oil life can be impacted. More additives in the oil means there is less oil as a percentage of the overall liquid content. Similarly, some additives can lessen the effectiveness of other oil features, resulting in a product that may do a lot of things marginally well, instead of one or two things very well.

Understanding viscosity is only the first step in getting the right oil. If you’re shopping for a good oil to use in your car, you’ll notice that they come in different varieties:

The best bet for picking any oil is to check your manufacturer’s manual first before deciding whether you need an expensive synthetic oil, or whether a conventional oil will add the most benefit to your car. It’s important to understand that while most cars on the road can synthetic oil, not all cars can effectively use conventional oil. A car that is designed for synthetic oil should always be used with synthetic oil. Not doing so will eventually lead to engine damage. 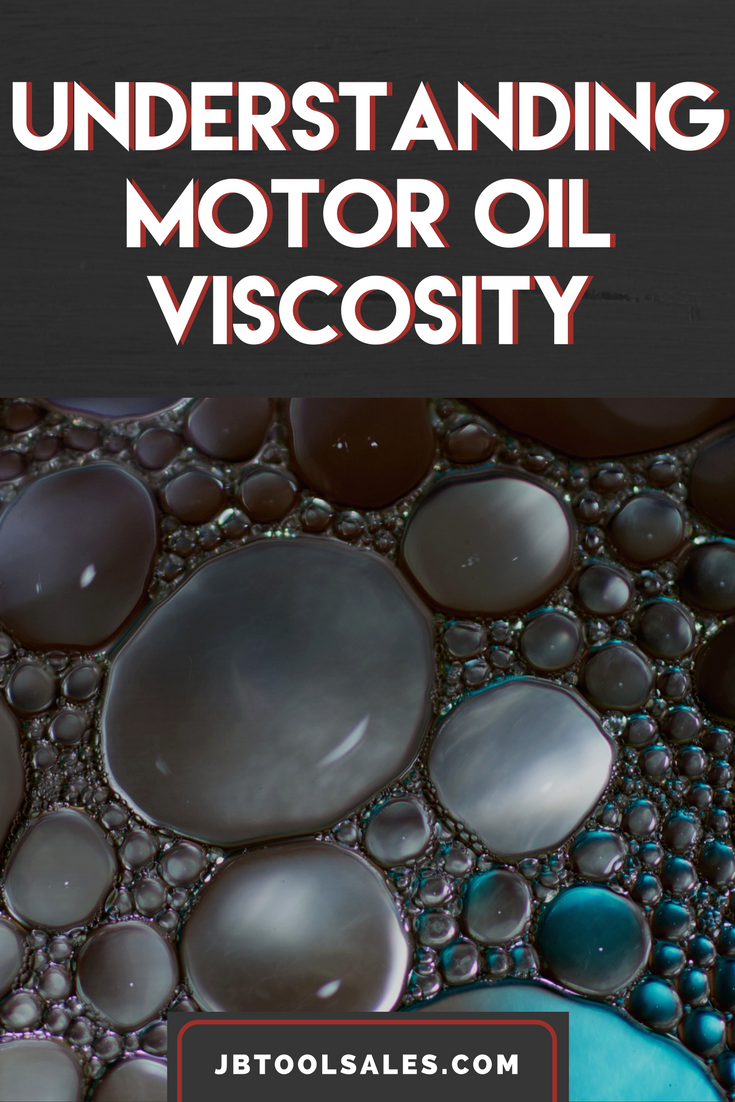